Having weathered the dangers of the Black Vault and survived an encounter with the Justice League, the members of Task Force X are ready for their next big mission. Suicide Squad #11 proves that there’s life for the series after losing artist Jim Lee, even if the same, pesky structural problems remain.

That’s right, this issue still features the same, choppy structure that results in the main story and backup feature being of equal length. Once again, that leaves writer Rob Williams struggling to advance the main narrative before it reaches an abrupt, unsatisfying conclusion 10 pages in. I really wish DC would abandon that approach, as it tends to slow the book’s pacing to a crawl issue after issue.

Everyone who’s anyone in the Daredevil franchise is getting a solo comic these days, and perhaps no character is more deserving of the spotlight than Wilson Fisk. The former Kingpin of Crime is once again trying to claw his way back to the top of Marvel’s criminal underworld. That’s not exactly a new predicament for Mr. Fisk, and if his quest to rebuild his criminal empire were the main thrust of the book, it might not have much to offer readers. Fortunately, there’s more to the equation than that.

Kingpin #1 immediately shows that while this is a comic about the Kingpin, Fisk himself isn’t necessarily the main protagonist. That honor instead falls to Sarah Dewey, a down-on-her luck reporter who’s approached to pen Fisk’s authorized biography. That invites all sorts of questions about Fisk’s true motives and whether Dewey can associate with a known crime lord without sacrificing her already tarnished soul in the process. Thus begins an intriguing dynamic as the two characters slowly warm to each other and Fisk begins opening up on his troubled background.

This issue marks at least the fifth time since 2011 that I find myself reviewing a comic titled “Justice League #1” or “Justice League of America #1.” This venerable team reinvents itself more often than Arby’s finds new marketing slogans. But that fact doesn’t diminish the appeal of this newest incarnation of the JLA. Between the intriguing cast, the promising creative team and the simple fact that DC’s other current Justice League comic comes up lacking in some areas, there’s a great need for a second and more groundbreaking JLA book. Despite a disappointingly formulaic start, there’s every hope that Justice League of America will fill an important niche in the DC Rebirth lineup.

This is an advance review.Â My Life as a Zucchini opens stateside February 24th.

There is a simple beauty to the imagery in My Life as a Zucchini, the Oscar-nominated animated feature. It is, however, a simplicity that is used to serve up a tale of love and loss and family, which is all rather more complicated stuff. Directed by Claude Barras, the Swiss, French-language release is now being distributed in the U.S. in English as well (this review is based on that English-language version).

My Life as a Zucchini clocks in at 67 minutes, putting it on the more brief side of feature-length fare, but each and every one of those 67 minutes is fully devoted to getting the story and emotion across, and the movie does so with nothing short of excellence. As it is important, it must also be stated at this point that the movie is not about a zucchini but rather Zucchini. That is, Zucchini is the nickname of the main character (voiced by Erick Abbate).

Watching The LEGO Batman Movie feels like dumping a bag of Dark Knight-flavoured sherbet directly onto your brain. Within the opening ten minutes, Batman faces and foils almost every villain you could possibly name â and more than a few you probably couldn’t âÂ in a spectacular and thrilling action sequence that rivals any found in the live-action Batman movies in terms of sheer excitement and scale.

With Gotham’s worst incarcerated in Arkham Asylum â yet again â Batman retires to Wayne Manor where he microwaves a simple lobster thermidor for one. (Incidentally, watching Batman use a microwave is very funny.) Will Arnett’s Batman is probably the loneliest version of the character to date.Â This is played for laughs, of course, with Bruce struggling to go out in public without the cowl, but it’s also unexpectedly moving. We see Bruce rattling around his ancestral home, watching romantic comedies, messing about with HDMI feeds, and practicing rad guitar solos alone. There’s something genuinely melancholic about watching the Dark Knight eating a ready meal.

There’s a case to be made that Urban Empire is a perfect city sim for our times. Many traditional city sims grant us autocratic control, and the whims and wants of the populace largely remain abstractions and jumbles of figures. Urban Empire, though, focuses on the grim reality of the bickering, backstabbing, and befriending that goes on in a mayor’s relationship with multiple political parties before any proposal becomes a reality. It’s an approach that’s commendable for its realism, but in this case, it’s one that quickly grows predictable and occasionally dull.

It starts out promisingly enough. Urban Empire keeps its ambitions manageable by limiting the gameplay to the two-century span between 1820 and 2020, and it injects some volatility by mirroring the economic effects of events like the recession of the 1840s and the First World War. It drives home its focus on people by making you not a detached puppet master, but rather a member of one of four dynasties with different histories and ambitions. There are the starkly conservative Von Pflizens, for example, and the Sant’Elias clan who believes good technology can fix everything.

AOC offers no less than 6 versions of the G2460 24″ monitor, and its “PQU” variant falls roughly into the middle of its lineup since it has a higher refresh rate than a standard monitor, but doesn’t include adaptive refresh rate technology. The G2460PQU (See it on Amazon) is considered the âextreme professionalâ version since it does sport the 144Hz refresh rate, and at $279 it’s in the upper tier of pricing for 144Hz, 24″ monitors. Before we jump into the specifics and our hands-on impressions and testing, check out the manufacturer-supplied specs: 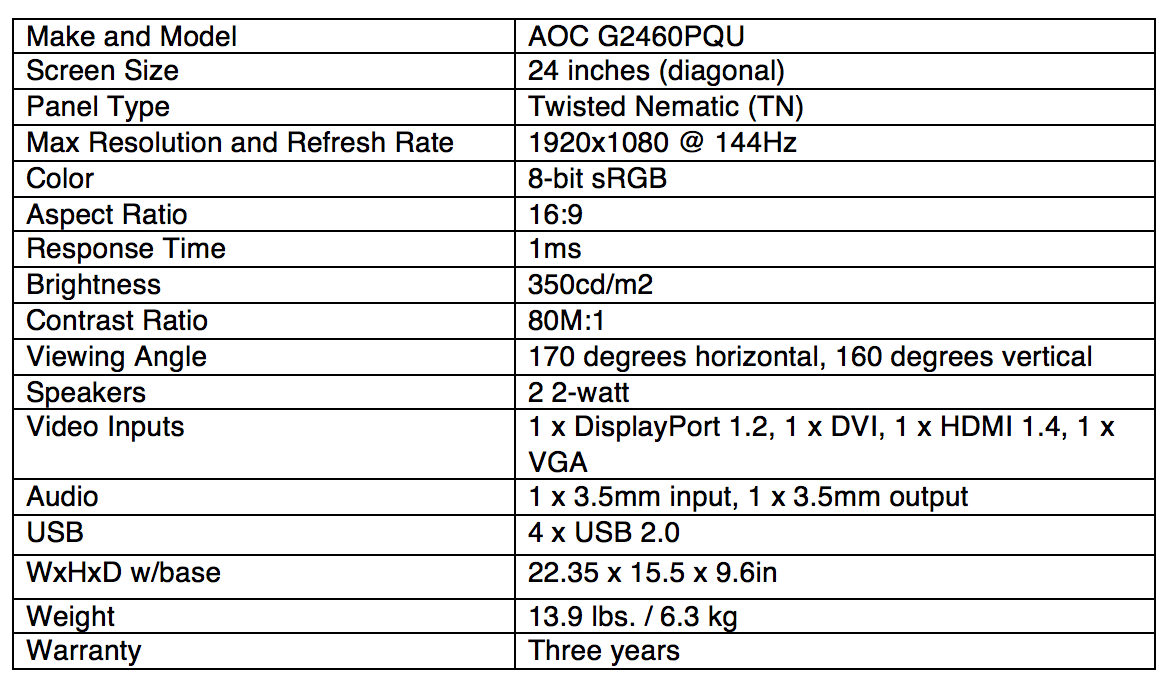 The end of the original Yu-Gi-Oh! series brought me closure. Yugi fought and won what seemed like an impossible battle against the Pharaoh Atem. With Atem’s job complete in the world of the living complete he passed on to the spirit world. I cried. They cried. Seto Kaiba did not. Yu-Gi-Oh! The Dark Side of Dimensions’ strength lies in focusing on Kaiba’s unresolved obsession with the Pharaoh and awesome duels, but falters in trying to establish a new threat from a dull villain.

If you haven’t watched more than the first Yu-Gi-Oh! series – or even the first two seasons – you’ll understand what’s going on in the movie just fine. The Dark Side of the Dimensions picks up with Yugi, Joey, TÃ©a, Tristan, and Bakura preparing for their high school graduation. Meanwhile, Kaiba is looking for Yugi’s Millennium Puzzle in hopes of bringing the Pharaoh back for one last duel.

Considering the reviews of all of the films that have preceded it, as well as the success of practically every other video game adaptation in cinema history, it’s honestly shocking to think that the Resident Evil franchise has made it to its sixth installment this year with Resident Evil: The Final Chapter. Luckily, this one has been marketed and packaged as truly the final addition to the Resident Evil films, and at this point, such an end could only be seen as some kind of mercy for a franchise that should have ended a long time ago.

Resident Evil: The Final Chapter opens as Milla Jovovich’s Alice emerges from the sewers running underneath a barren and overrun Washington D.C., returning to the surface for the first time in years. Not much is known about why Alice comes back, other than that she is supposed to meet someone (or something) who has vital information to give her. This results in Alice journeying back to Raccoon City and the Hive in a last ditch effort to try and save humanity from being completely extinguished once and for all.