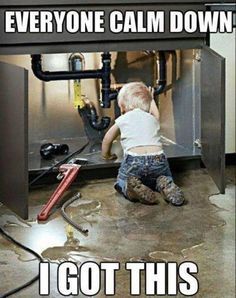 Running a video game store is a cut throat undertaking with stiff competition being one of the factors an entrepreneur has to contend with. The last thing gamers, as well as the store owner needs, is business down time due to leaking pipes which are a hazard both to the electronics on sale, on play and the savvy users who frequent these establishments.

Simply digging up and replacing damaged pipes is not an option for our businessman as repairs to walls, lawns, tiles and even driveways might take ages and ultimately become the death knell for the business due to lost clientele and expensive repair costs.

Luckily there is technology that will help our entrepreneur come up with a solution pretty fast at 40% – 50% fewer costs. Pipe Relining is a technology that has been in use in the US and Europe for the past thirty years which involves non-invasive repairs on blocked, cracked, leaking or even root infested pipes. Whereas traditional pipe repair methods involved digging up damaged pipes, Pipe Relining is non-invasive and non-disruptive repair method, meaning that no digging is required and repairs are done quietly in a day or less.

The pipe system will be drained and or unblocked first using various techniques such as high-pressure Jet Blasting, which is preferred. Next, Using a specialized camera called a flood Camera, the technician will insert it into the drained pipe and get a full video in color of the damaged section(s) of the pipes.
These sections are then marked and pipe liner is measured and cut on site. Our video store owner should get a copy of this full-color video.

2. Get a not to scale drawing of the piping system layout

The pipe relining company personnel issues the video store owner with a not to scale drawing of the piping system, highlighting the damaged sections.

A deficiency Report detailing the structural damage to the pipe system and the causes is generated and issued to the video game store owner. Normally this report is also accompanied by a proposal for remedy and the steps the pipe relining company will take to get the problem fixed.

Once our Store owner buddy consents to the repair, Pipe relining is done using various methods such as spot repair, Inversion lining, and Junction repair. These methods are dependent on the structural damage on the pipe system and the list is by no means exhaustive.

I will not delve into the workings of each but the general way that pipe relining works is simple. A liner is impregnated with a two part resin which is then inserted into the damaged section of the pipe. Using air compression, the resin is forced to conform to the inside of the pipe until curing is achieved and the inflation device is then removed leaving a new pipe that conforms to the existing old and damaged pipe.

The newer pipe achieved by this method is stronger than the existing pipe and the 40 -50 year warranty is a testament to that as opposed to the one year warranty that is issued for normal pipes.

This technology will be used on most types of pipes from two to twelve inches in diameter and includes Cast iron pipes, Clay, PVC and other plastics pipes, Concrete, copper pipes and steel pipes.

It is safe to inform our game store owner friend that repairs will take at most a day, will not disrupt any buyers or gamers and there will be no restoration costs after the plumbers are done. Clearly, pipe relining is the superior choice when it comes to non-disruptive plumbing repair works.